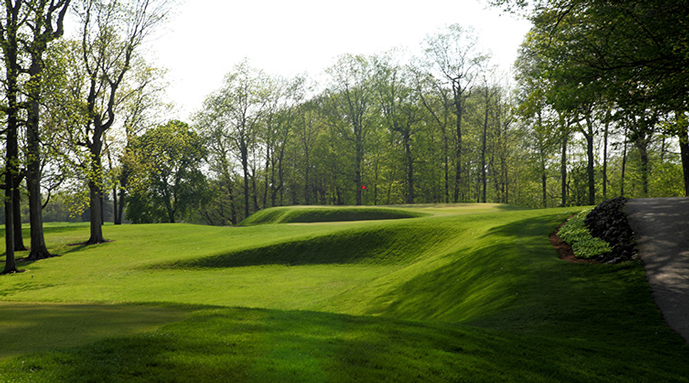 Begun in 1928 and designed by architects Langford and Moreau, this 18-hole golf course was carefully constructed utilizing the natural topography of the Kettle Moraine. The unique characteristics that define all great golf courses have been deliberately built into West Bend Country Club, assuring members the right degree of challenge along with beautiful scenery and superior playability.

William B. Langford was one of the most prolific course designers in the Midwest during the first half of the 20th Century. He took up the game of golf while recovering from a case of polio in his childhood and later went on to play for Yale on a team that won the NCAA championship three years in a row.

This course reflects Langford’s aptitude for the game, sporting striking greens, classic approach angles and dramatic, steep-sloped, daunting bunkers—all of which might leave you itching to return for a better shot and another round.